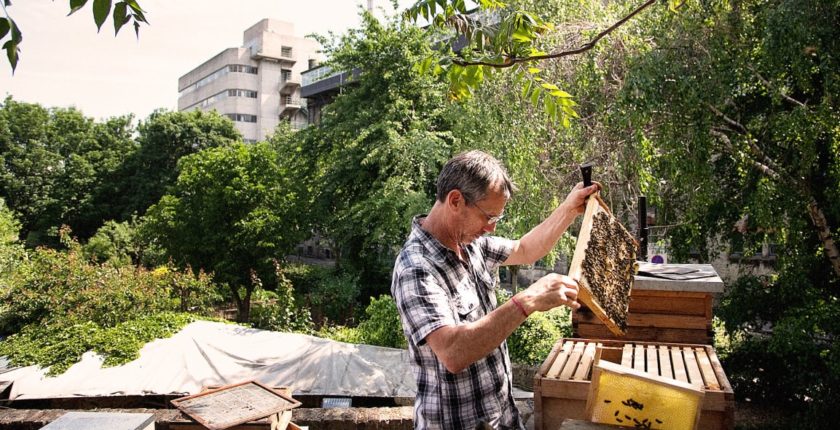 Want To Be An Urban Farmer? Here’s Your Version Of LinkedIn

Sick of your desk job? A new job site will help you find a new career as an urban farmer.

Ponic Jobs has listings for everything from vertical farm managers to tree nursery directors, and while some require a fairly extensive background (a horticulture director position calls for “extensive leafy green experience within a greenhouse”) others, like marketing roles, are an easy transition from other fields.

The website was the brainchild of a chef-turned-urban farmer who had trouble finding a job in the burgeoning industry of indoor food growing. “I was captivated by what I call “ponics”–hydroponics, aeroponics, aquaponics,” says Kyle Barnett, the site’s founder. “I decided I wanted to dive into switching careers, but I was surprised by how hard it was to find these companies.”

It’s not that the jobs don’t exist–now, maybe for the first time, there are enough urban farming jobs to fill a website. “I think the industry is really growing at an exponential rate,” says Barnett. “There’s a lot of startups happening right now. Technology is almost at a turning point as far as sensors and automation and it’s making it a lot more accessible.”

Though there are still only a handful of larger companies in the space, Barnett estimates that there may be thousands of startups. “They’re just as important as the big companies, because they’re doing the experimenting,” he says. “For this whole industry to grow, we really have to be innovative.”

Barnett, who works with an aquaponics company now, found his own job through a long process of basically stalking potential employers. “I hung out in lobbies and stopped by on a bi-daily basis,” he says. “But when I actually ended up working at an aquaponics facility I was surprised to find that the employer actually wanted to hire more people–even at a starting level–but they just had no channels to find those people.”

The new site hopes to fill that void. “I want to make it a resource the community can use,” Barnett says. “And I really feel that if you’re looking to get into it, now is the time. In the next five years or so, I think the industry’s going to grow really quickly. People who are learning and getting into this style of growing now are going to be the real winners.”