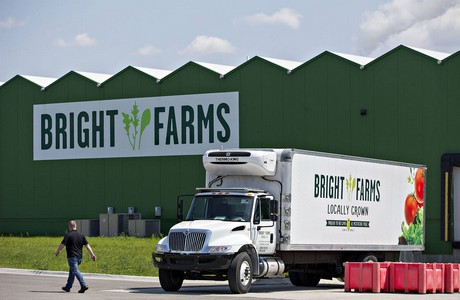 US: BrightFarms raises $55 million in equity financing to fuel grow

BrightFarms has secured $55 million in a Series D equity financing. The round was led by Cox Enterprises, a communications, media and automotive services company, and joined by existing investors Catalyst Investors, WP Global Partners and NGEN Partners. This financing enables the continued rapid national expansion of BrightFarms’ network of local and sustainable farms.

BrightFarms builds and operates greenhouse farms near major metropolitan areas to provide supermarkets with a consistent and year-round supply of locally grown produce.

The company currently operates facilities in Pennsylvania, Virginia and Illinois. A new farm in Ohio will open this summer, followed by a Texas facility in early 2019. 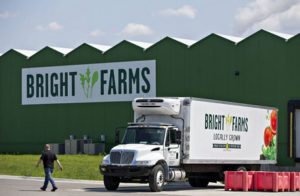 For Cox Enterprises, the investment in BrightFarms supports a joint strategy in social responsibility and diversified growth. In 2007, the company launched its national sustainability initiative, Cox Conserves. Since then, it has invested more than $100 million toward environmental goals, including sending zero waste to landfill by 2024 and becoming carbon and water neutral by 2044. More recently, Cox has expanded its investment strategy to include sustainable technology businesses in water, energy and food and agriculture.

Dallas Clement, Chief Financial Officer of Cox Enterprises, said, “Since our founding in 1898, Cox has embraced innovative, game-changing businesses in their earliest stages like radio, television, cable TV and broadband. BrightFarms presents a unique opportunity to reshape agriculture production and drive positive environmental change by growing in local, controlled environment agriculture farms. We are excited about the opportunity to support BrightFarms’ growth as it scales into a national brand.”

“Cox is a long-standing, successful investor and operator, with a proven track record across multiple industries, and a long-time leader in corporate sustainability,” said Paul Lightfoot, BrightFarms Chief Executive Officer. “We have a bold vision to change the way Americans get their produce and this round will help us achieve our goals.”

David Blau, Vice President of Strategy & Corporate Development and Lacey Lewis, Senior Vice President of Finance, Cox Enterprises, have joined the BrightFarms board of directors. Barclays acted as Placement Agent on the transaction.